was born and brought up in Carlisle. After obtaining a degree in English and community Studies from Leeds University and a Post-Graduate teaching qualification from St Martin’s College, Lancaster he began a teaching career which took him from Hertfordshire and Nottinghamshire to Yorkshire where he returned to Leeds University to take an M.A. in English Studies in Education.
He now tutors creative writing courses for the Workers Education Association. Throughout his career he has promoted the role of the teacher as writer, very often modelling at the front of the class. Accordingly, he has spent a lot more time focussing on his own writing and, although he was first published in Raven magazine many years ago, it is these last few years where he has built up the following publication record

Digging at Burnside Court, This Place I Know, Handstand Press 2018

Pouring Milk for the Master,
Southport International Poetry Competition runner-up 2017
Helping with Inquiries, Remembering Oluwale, Valley Press 2016
My Feet are Killing Me, One River Many Creeks,  Macmillan 2003
Advice to Anyone Sitting in a Hot Car…, Disgusting Poems, Scholastic 2004
Earth Songs, Say It Out Loud, Macmillan, 2007
Last Week of Term and He wants us to Write, The End of the Holidays, Melting Pot,
Visiting Poet, Read Me at School, Macmillan, 2009
BBC Wildlife Poet of the Year runner up 1994
Winner of the Jane Harrison award 2009
Mirehouse Poetry Competition Commended Poet 2010
Tenue in Mezza Luce. Six poems with Italian translations Currock Press 2013
Ondulazioni. Poems in English and Italian with Silvia Pio, Currock Press 2016


This is not the day
glamorous colour
dazzles monochrome truth.

This is not the day
the poet’s fungi
rise to claim the earth.

will suffice
or tot up
or begin to make sense

of homicide
to the magnesium flash power
of eighty thousand.

This is not the day
when science stands on stage and smirks
as best in class.

Nor is it the day
when we reach out and touch
the fingertips of God.

The eye for an eye has been claimed.
This is not the last time
this will happen. 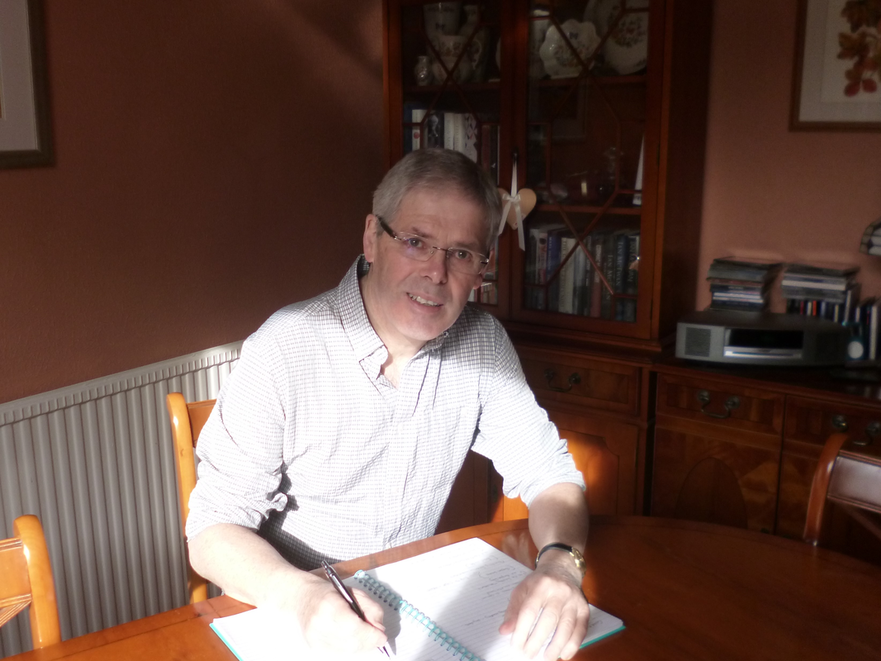 ​John Irving Clarke was first published in 1980 in Raven magazine. He has since been published in several other magazines and received laurels of honour in various competitions.

Following a lengthy teaching career John returns to schools now to do readings, talks and writing workshops. In addition to children and students in Years 2 - 13 he has also worked in prisons and with adult reading and writing groups.


His widely praised YA novel, Who the Hell is Ricky Bell?  launched in May 2014.

All of the above workshops can be dovetailed into existing schemes of work or ongoing curriculum themes. They are tailored according to age and ability.
Why not contact John to discuss particular requirements?


“The children really enjoyed this afternoon…they love it that they have a poem to take away.” Castle Grove Infant school, Wakefield.

“It was fantastic. John showed us how to describe things in different ways – that was really good. We had a laugh.” Rotherham Women’s Refuge.

Email with inquiries about availability: john.i.clarke@btinternet.com