Of Chalk and Talk and Other Stuff

A collection of articles from the Times Educational Supplement, the Currock Press blog and elsewhere. Now available as a kindle publication 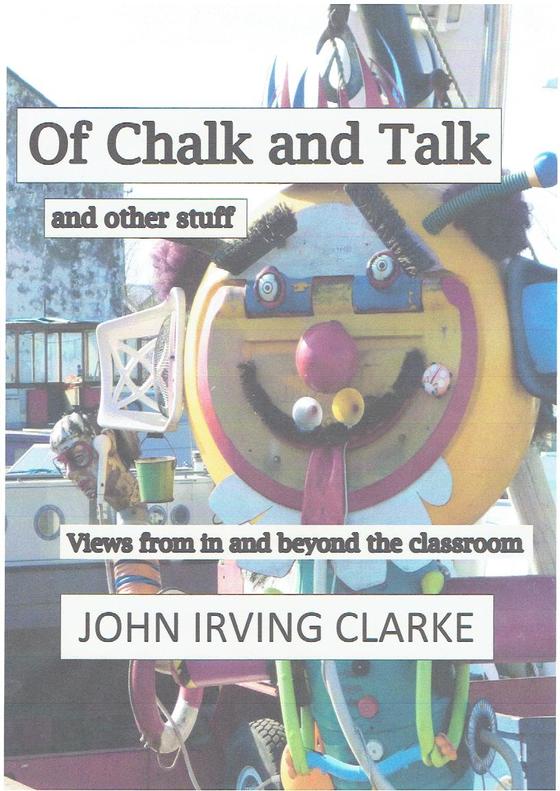 Rules Kill the Write Stuff, an article taken from the Of Chalk and Talk Collection

A mechanical attitude to literacy is squeezing all the joy out of learning – especially for boys
Boys and underachievement are now coupled together like a horse and carriage. But this no happy love and marriage union. Boys trail a long way behind their female classmates, and at the heart of this underachievement is their reluctance to engage in reading and writing.
Teachers are responding to this literacy problem by adopting increasingly mechanistic approaches, breaking everything down into small identifiable units – “teaching by numbers”, as a colleague calls it. Along the way, the challenge of developing a curiosity about language and joy in expression seems to have been forgotten. It’s almost as though teaching about the laws of motion and balance should be enough instruction for anyone to learn how to ride a bicycle.
The only bright spots in this gloomy outlook are the occasions when we are reminded that some boys are very capable readers and writers, and we are shamed by our readiness to generalise about 50 per cent of the school population.
This happened to me recently when I came across a piece of writing by Tom, a Year 8 pupil. He’d written something on oxygen as part of homework in which his class had been encouraged to write about two pages in their exercise books. “Oxygen”, which I reproduce below, was part of an eight-page effort.
“An important element, by all accounts, as our body takes it in for respiration, our internal combustion engines need oxygen (as does all combustion/burning).
“The reasons humans can’t live on Mars at the moment (apart from the financial unviability of rocketing 6,000,000,000 – plus people millions of miles, the barren landscape, the lack of water, the unlikelihood of growing crops or farming animals, the cold days, the freezing nights and the pointlessness of it all) is that there isn’t much natural oxygen.”
As an English teacher, reading this piece produced in me a mixture of joy and sadness. Joy, because I enjoyed the wit and vigour of the piece and with my GCSE marker’s hat on, I recognised a piece of writing which results from clear engagement in the task, a style which is matched to form and purpose, and a range of sentence structures and varied vocabulary, creating effects which engage and sustain the reader’s interest. But I felt sadness also, because this was a piece of writing produced for science. When I talked to Tom about it, it was obvious that tasks set in English do not generate the same enthusiasm.
In English he has to plan a beginning, a middle and an end. He has to produce several drafts, and no piece of work is considered complete until a range of likely adjectives and synonyms has been considered. Somewhere along the line, joy and spontaneity have been lost.
Similarly, reading has become a mechanical activity – a means to an end. The notion of dipping pupils into a pool of language has probably been jettisoned as trendy nonsense. Far better to everything explicit and tick off objects as they are met. But Tom is a reader who eagerly devoured Harry Potter and the Goblet of Fire the first weekend of publication. Murderous Maths and Horrible Science books (sometimes sniffily dismissed by English teachers) weigh down his bookshelves. The conversation with Tom convinced me that as teachers we are missing the point.
I thought of my own Year 8 class (all graduates of the literacy hour) who have been successfully trained to bark at nouns and verbs, but largely fail to convince as makers of meaning themselves. They cling desperately to the lifebelt of “is this all right, Sir?” As with the adoption of many new approaches, it pays to keep an eye on the baby as the bathwater is being thrown out.
For as we plough on with the brave new world of discretely taught grammar and the rise of literacy (quantifiable, measurable) over English (abstract, affective) if we lose sight of our pupils’ personal response (boys as well as girls) we do so at our own peril.