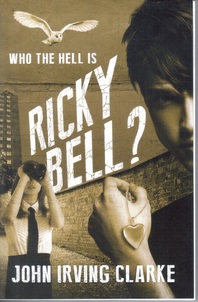 It's all about "redemptive love," says one reader. Find out for yourself: Who the Hell is Ricky Bell? is available from Currock Press. Scroll down to the button at the bottom of the page.
www.currockpress.com

﻿  Sammy is sassy, smart, and doing as little school work as she can get away with. When mysterious new boy Ricky Bell arrives, all strong silences and moody attitude, she figures they'd make a great team. But Ricky has hidden depths, and she hadn't bargained on him making his way into her heart and turning her world upside down.
This didn't have the most promising start and I geared myself up for a novel of slightly painful imagined teen dialogue, but I have to admit, a few chapters, to being utterly charmed. Sammy was a funny, engaging heroine, and Ricky worked his way into my affections as subtly as he did Sammy's. As she gets to know Ricky, Sammy is also getting to know herself and this made it, for me, a really realistic portrayal of first relationships.
I suppose at its heart, this is a love story, although it doesn't look like one, and it sidesteps some of the sentimentality you might expect from the genre. It's not the slickest and glossiest example either, which might put a few readers off. This is a great one for reluctant readers, many of whom will appreciate Sammy's sassiness, with a positive message about being yourself, and accepting others for who they are. 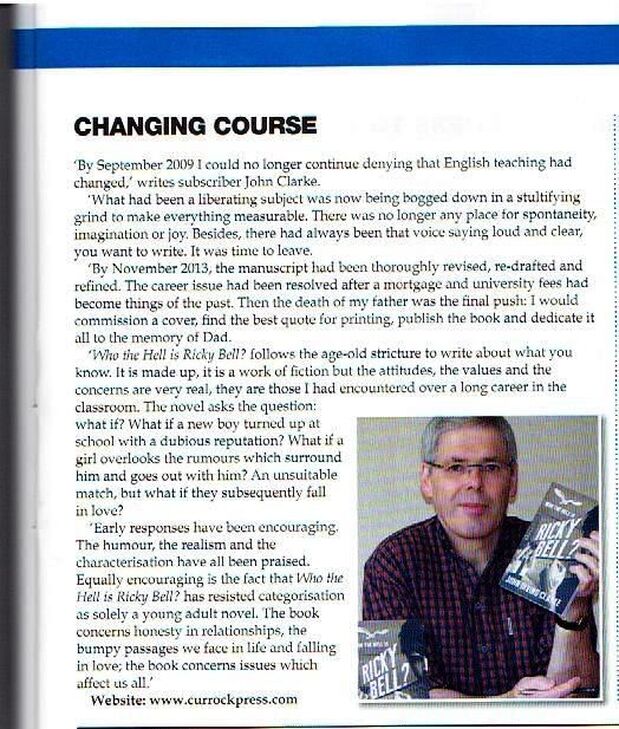 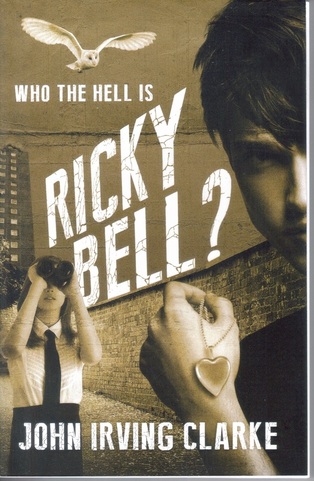 John Irving Clarke reading from
Who the Hell is Ricky Bell?
﻿
Samantha Jones and Ricky Bell:
Together they were supposed to raise some hell.
So why did they fall in love?


To be honest, when I first saw him there was something that turned me off, but I have to admit that there was something that turned me very much on. Mmm… Because he was new I suppose, he was the centre of attraction and a gang of kids trailed around after him at break and lunchtime, asking questions, telling him stuff, trying to find out whether he could become a good mate or not. The answer was no. Ricky didn’t like any fuss, preferring to keep himself to himself, minding his own business and going his own way, scowling at the world. Soon, everyone got fed up and drifted away, leaving him to mooch around like a lost dog.

Ricky Bell. Every time we bumped into each other he would tell me to push off or worse. But in a strange way he was kind of cute. I’m sure if he swept that long hair out of his eyes and allowed himself to smile occasionally, people would warm to him. I decided that I didn’t care about the rumours that surrounded him like flies around shit, rumours that wouldn’t be shooed away: assault? Court appearances? Expulsion? These were the words that whispered in the wind wherever he went. So what? I thought he was cute and he also had some devil in him. He looked like he was ready to raise some hell; me and him together raising hell. There’s a thought; we would make everyone sit up and take notice.

But first things first, all he had to do was let those deep brown eyes meet mine, let his mouth broaden into just the hint of a smile, and I would ask him out.


A gripping, if bumpy, journey where life can be messy, Who the Hell is Ricky Bell? explores some key issues: growing up, dealing with changes in life and falling in love. I often found myself smiling with recognition at the "realness" of the characters and places; I loved this book but it also brought me to tears."


I like to read books about life's ups and downs, this one has a clear message, "sometimes all you need is love." 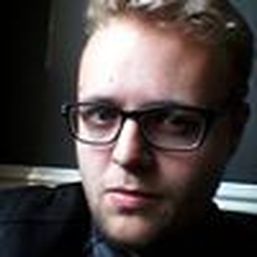 I started reading this book last night and I couldn't put it down until I reached the end.

It was an emotional rollercoaster, it started off quite funny and I even laughed aloud at parts. Sometimes I laughed at the outbursts of ditzy Katie, who I quite liked, until her character changed to be more spiteful, although of course, it was well written so you could see how that could happen. I particularly found it funny how she added the word 'Naked' unnecessarily to the conversation about Ricky, I thought it had a great comic beat. 'Yeah, and Adolf Hitler was a sensitive guy' was good as well. I thought some of Sammy's narration was amusing especially how she'd often end the chapter with a kind of joke. But the end of the chapter with the twist about Ricky's sister stopped me in my tracks. It was also the start of the book going into a 'darker tone,' which I found surprising; a twist to the story I didn't see coming, but I enjoyed it even if I was a bit shocked when the plot progressed.

I like how a character with Down’s Syndrome is included in the book, drawing attention to the unfair plight of these people is courageous and this should be commended. I enjoyed that little jibe at journalists, I can relate to something like that happening because it happened to me once. The author changed something that could be slightly corny: a girl with learning disabilities talking about world peace, into to an effective attack at the manipulation of the media. When it was revealed why Suzy said, 'Stop the fighting,' later on in the story, I think it was an effective pay-off and built even more depth of the back story of Ricky Bell. When the story got darker, and the police arrived, I was genuinely worried about the characters, and when I read the dramatic plot development around Suzy, I said aloud; 'Jeez, John,' for how I was affected by the emotional, dramatic turn of events.

When it got darker, and things turned the worse for Sammy, I found it interesting that certain characters’ kindness was on show to help her out: first Matron and Donna, then the heroic turn of Bob, whose character development brought him from an embarrassing step-dad to a heroic supporter of justice.

Even though there's not much description in the books, this works because it doesn't need much; when it does occur, like the description of the park near the end, it beautifully and effectively creates atmosphere, it is cinematic.

The right balance of the teenagers’ language is achieved. This book surprised me, moved me, and made me laugh, and I can't say that about a lot of books. I would recommend it, and even now, as I sit in Sandal Library, typing this up, there is a woman wondering whether to get the book and go to the signing. I’ve told her what I think of it and she’s said she will now definitely go to the signing and get the book.

I hope to be reading more from this author soon.